A Brief History of the Raincoat

In climates where rain is common, people have tried many methods to stay dry through the centuries. Traditional rain capes were made of tightly-woven grass and reeds, and are documented at least as far back as 1000AD in China. In South America, where rubber plants originated, native Amazonians used rubber extracts to waterproof their shoes and clothing. In Europe and Asia, water-repelling wool cloaks or tightly-woven fabrics treated with oil helped keep people dry, and by the 18th Century these ideas were being combined to create the precursors to the modern raincoat.

In the 18th Century, coats were produced that had been treated with unprocessed rubber in imitation of South American peoples. These were not the most practical garments, however, as the rubber was sticky, pungent, and stiffened significantly in cold weather. In 1830, Charles Mackintosh and Thomas Hancock partnered to create the first modern raincoat. Using McIntosh’s idea to sandwich the rubber between two layers of cloth, Hancock experimented with methods of treating the rubber to make it more resilient and less smelly, resulting in the rubberised Mackintosh raincoat.

The Mackintosh did have some downsides: it was waterproof, but that also meant that it did not breathe and the wearer could end up sweaty and overheated, especially if they exerted themself. During the 19th Century, tightly-woven wool or cotton gabardine became a tough, lightweight alternative to rubberised material for outdoor clothing. By the start of the 20th Century, gabardine clothing and outerwear were almost universally used by soldiers, hunters, and explorers, who appreciated the combination of water-resistance and breathability.

Figure 1: Cary Grant wore a Grenfell raincoat on and off screen. 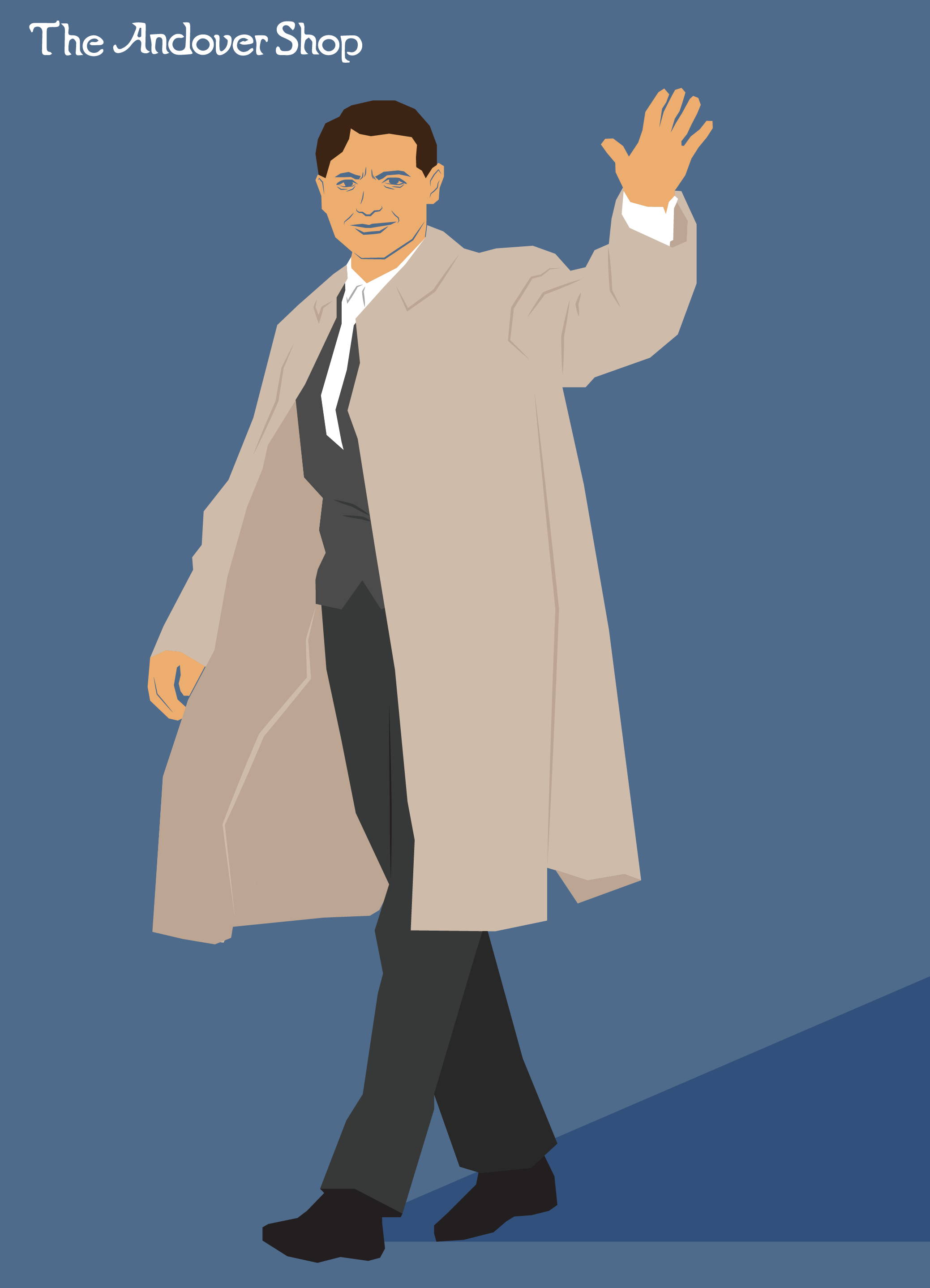 In 1923 Sir Wilfred Grenfell, a British doctor and missionary working in Newfoundland, commissioned a material that would protect him from the snow, rain, and cold that he often experienced off the Atlantic coast of Canada. The result was Grenfell Cloth, a cotton gabardine woven at an impressively dense 600 threads-per-inch which naturally resisted water while remaining breathable. Grenfell Cloth was quickly adopted by explorers and adventurers for its toughness, warmth, and water-resistance. Explorers Admiral Byrd and Hugh Ruttledge, world speed record-holder Malcolm Campbell, and aviatrix Amelia Earhart all wore Grenfell cloth. During the Second World War it was made into tropical uniforms, flight suits, and - due to its waterproof nature - life vests.

While Grenfell’s production of adventuring garments might dominate their history, Grenfell raincoats have been a staple item from the 1920s to this day. Available worldwide from the 1930s onward, the same weatherproof qualities that explorers appreciated were also enjoyed by everyday commuters. Since 2002, after a period of manufacturing overseas, Grenfell’s production returned to the UK, and a new East London factory opened in 2016.

Figure 2: The Campbell Raincoat includes a removable wool lining, making it suitable for all seasons. 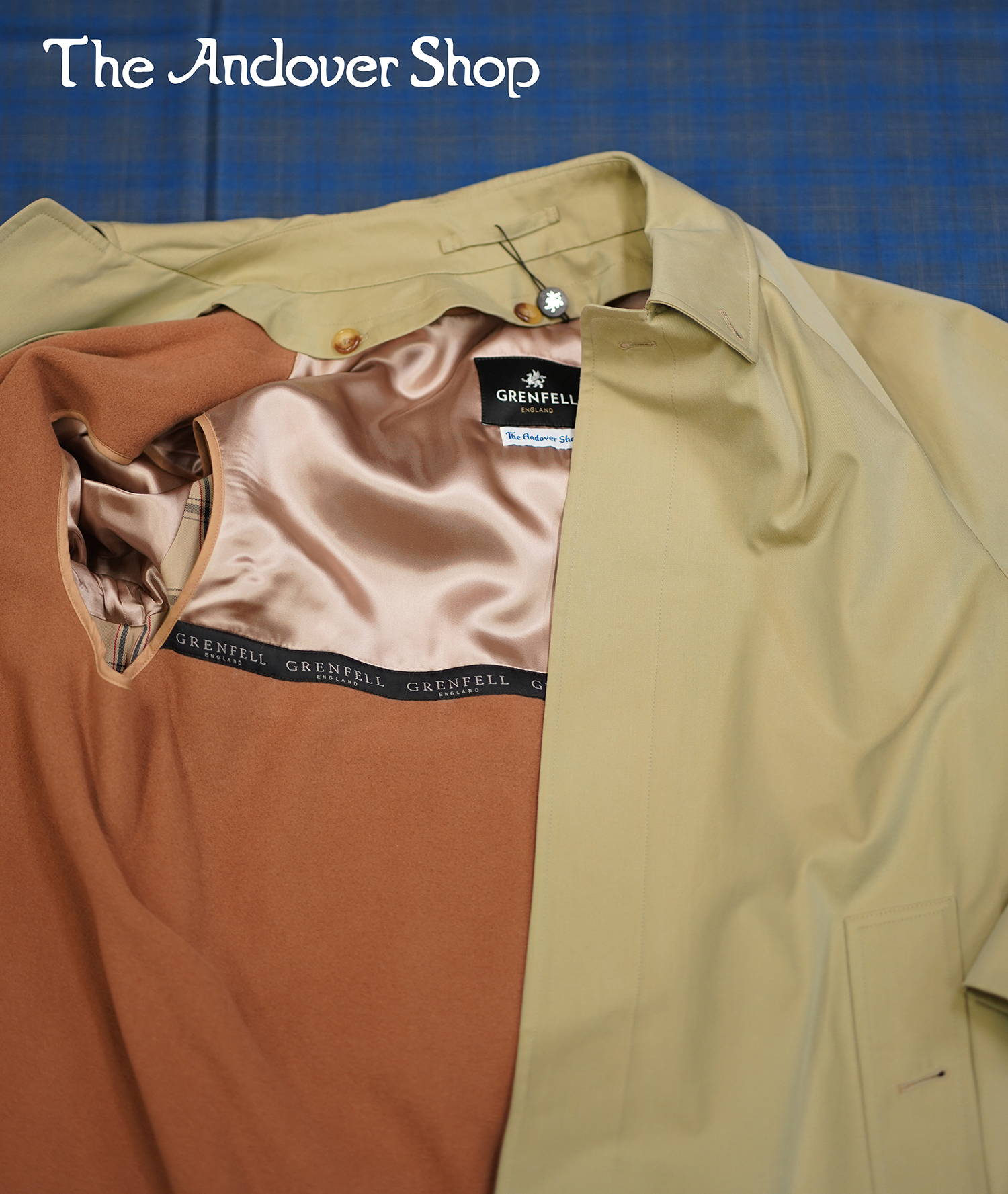 Grenfell at The Andover Shop

The Andover Shop stocks several items from Grenfell, including two raincoats. The Suffield Classic Fly Raincoat is made from iridescent green Grenfell cloth, with a wide belt. The Campbell Raincoat in classic beige, (a favorite of actor Cary Grant) is unbelted and has a removable wool lining for use year round. We also carry Grenfell’s version of the classic Baracuta windbreaker, which we will cover in detail in a future post. If you have any questions about Grenfell products, please feel free to contact either Andover Shop location. 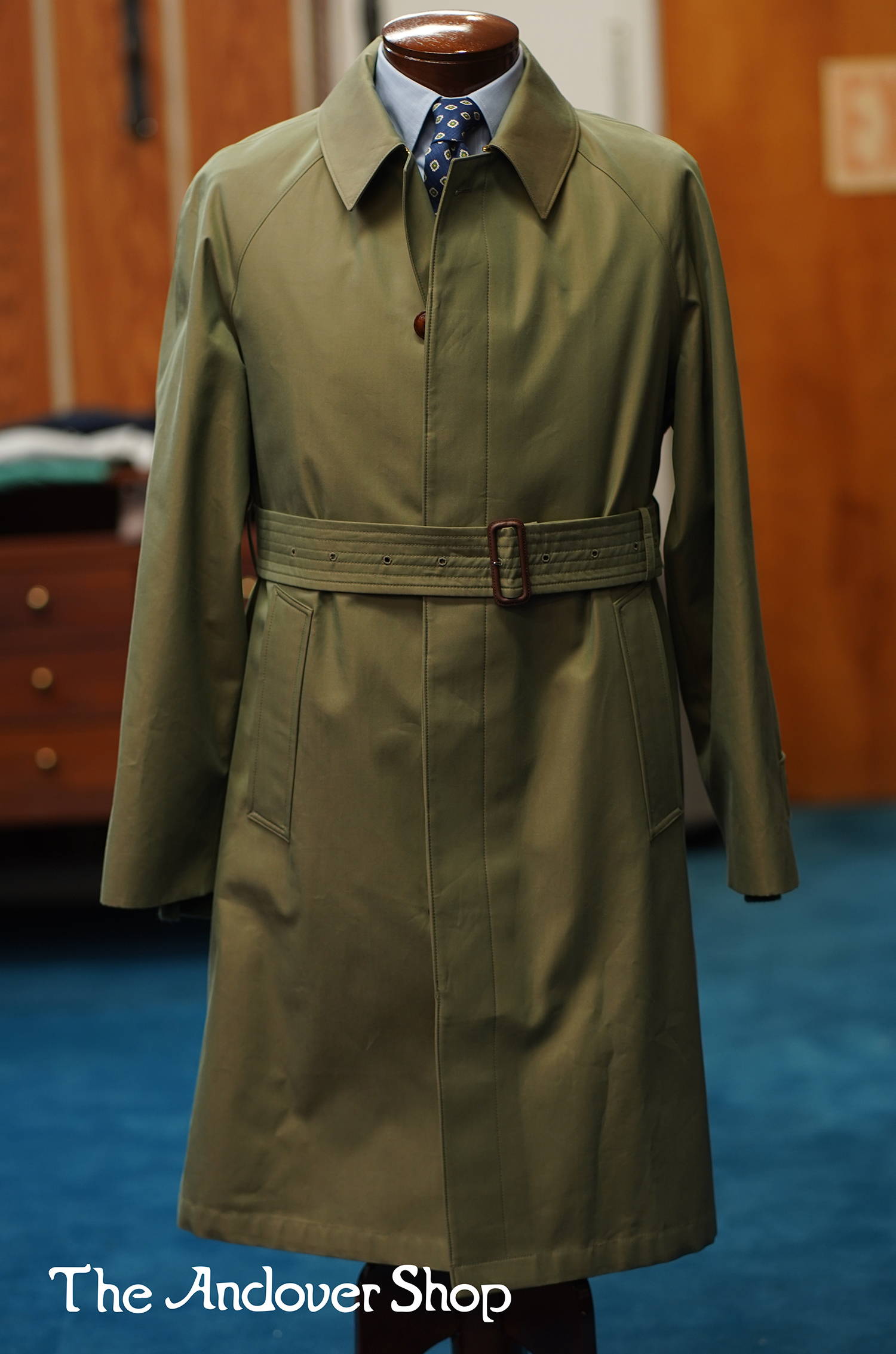